Welcome back to next bit of our UK WKO coverage.

This is Andy’s (aka Podcast Princess) de-brief of the “So Bad, It Could Be Good” Team.

For those unfamiliar with the team – in our “aka Rip Thunderstone” episode of the podcast I challenged Andy to make & play a dodgy team in one of the upcoming WKOs. Andy took that challenge, and played the team in last weekends WKO in Southampton. You can find a link to the episode in Andy’s write up.

Let’s see how he did…

The challenge was set, the play testing had been done, and now it was time at the Southampton WKO to put ‘So Bad It Could Be Good’ through it’s paces. Guess what? I only bloody went and got sixth place! Smack bang in the middle of the pack, only missing out to the top cut on strength of schedule!

Now I did make one change a few days prior to the start of the tournament, which was to take out Superhero Registration Act for Too Big To Fly. A small change, of which I hope you will forgive me. The reason behind this was firstly to give me some protection should I meet an Ultraman team, and secondly for the global to make use of all the fists I had available to me to buff my overcrushing attacks. Before we get into the nitty gritty, let me introduce you to the team:

If you haven’t listened to the team build on the podcast, then you can find it here:

Here we go then, to the WKO!

My first competitive game since Worlds was to be against Dan, who had won the constructed tournament of the Crescent Gaming Consortium’s Dice Masters weekender the day before. A great player who’s team was a beautifully put together synergy of Spider-Man, Mimic, Collector & new Professor X global, which completely overran my team. My wall of Jessica Jones, MJs and Ironfists were being dragged out of the way as sidekicks, Spider-Man and chums were smacking me in the face.

I realised I was very rusty, and also I really was not familiar with a lot of cards from the new sets. It was over pretty quick, I didn’t manage to fire off my Iron first/ Mj fabricate mechanic to get them plus a clay golem into prep, and was basically schooled by a skilled player with a very well put together team. I maybe stealing parts of this team for future competitive play 😉

My second game was against Stuart, who is part of the upcoming Dice Masters scene in Hatfield. A great guy with a solid team having Hellfire Club and X-23 as a wincon. 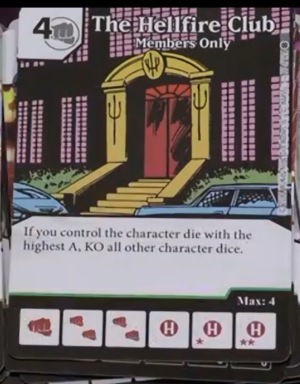 Luckily for me my rust was flaking off, and I was starting to get into my stride. I managed to get a few cheeky sidekicks through and using fists for the Too Big To Fly global, pump them up to chip away some damage. Stuart didn’t manage to line up is Hellfire club and X-23 dice, however he did latch Shriek onto my Commissioner Gordon in both games, slowing me down greatly. I managed, however, to grind through by pumping up overcrushing Jessica Jones to take the win.

Going in to lunch I was 1:1, better than I was expecting if I’m honest, so all was going well.

Joe had a very nasty Villains team, however with Iron Fist and Clay Golem, I had answers to a lot of the direct damage it could do. Joe had come second in the tournament the day before, so I knew I was up against another great opponent.

Buying 2 Iron Fists, and an MJ I was able to fabricate repeatedly to bring more Clay Golem dice onto the field without loosing the protection from Iron Fist. Joe, however, gave a great performance showing how to adapt to the team you are playing against. He had got Madame Masque out quickly and keeping his field heavy with characters meant not only could I not use MJ’s overcrush, I was denied the option of overlapping and hitting damage through with fists. I was incredibly happy with the performance of ‘So Bad It Could Be Good’ in this game, however I was chipped away with Nobby damage and defeated.

Katarina was another player who had travelled down from Hatfield, and had brought a D&D heavy team with White Dragon as her main piece. I brought out Iron Fist in the first game to shut down the direct damage, and swung through with some overcrushing big hits. In the second game she Shrieked my Iron Fist and I had some nervy moments against a barrage of breath weapon hits, but managed to swing in with a beautiful hammer blow of Jessica Jones & Dagger to win the game.

When the scores came in I was out of the top 4 cut, however was in a similar position to a few other players on 2:2, so technically I didn’t progress due to strength of schedule or alphabetical order or however these things are worked out.

So there we go!

I learnt a few lessons playing this team. Surprisingly, I found that it was incredibly enjoyable to play. It is far from top tier, however fits in well with how I like to play by attacking a lot, and has a few nice mechanics. Fabricating a Jessica Jones and an Iron Fist to prep a Clay Golem, so that I can roll 6 energy the next turn, pumping the attack of an overcrushing Dagger is very satisfying.

To move it forward I would replace Too Big To Fly with Haymaker, to keep the pump global, but give me a second option for overcrushing if MJ is blanked. I’d also look to bring in some kind of removal in the form of a Madam Web or Spider-Man to allow my bigger characters through. I didn’t buy Wonder Woman once, and think that for global protection The Blackbird global maybe more efficient to protect against Blink-Transmutation.

I also learnt that the current constructed meta is wide open to experimental brewing, and there are a lot of different ways to put together top tier teams. Every team at the WKO was different and there does seem to be a new balance to the game.

So will I ever play it again in a competitive competition?

But it will no doubt see tinkering and further play on the kitchen table.

How would you tweek it to perform better? Do you have any thoughts on how it could be played for more success? Please leave a comment and let me know 🙂

So there we go folks – even though he technically welched on the bet by changing cards did in fact take the “So Bad, It Could Be Good” to a WKO and did pretty good.

Good luck to everyone competing in WKOs this weekend – come back next week for yet more UK WKO coverage as we share event information from the Fanboy 3 tournament.