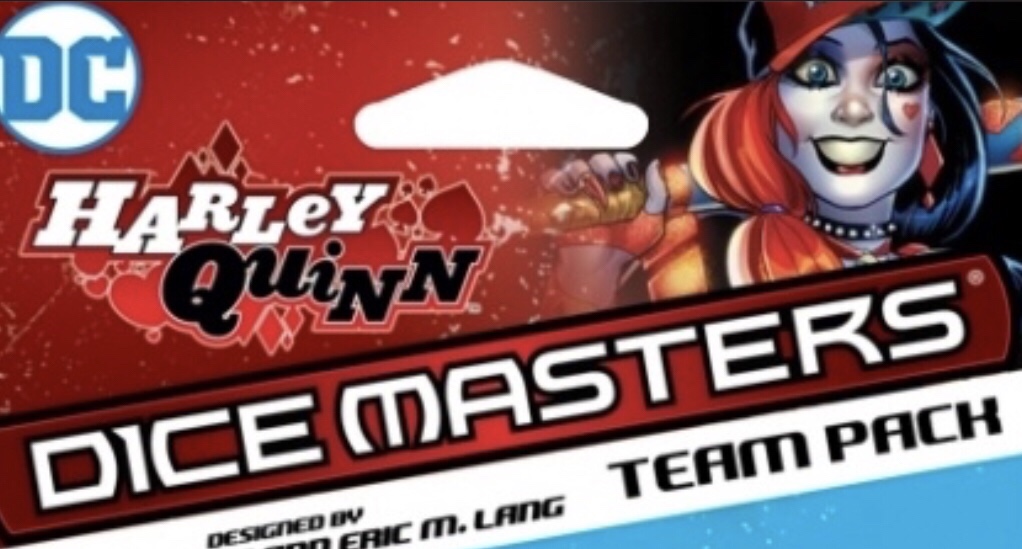 Now all the excitement of the UK Nationals has died down its time to take a closer look at the spoilers Wizkids unveiled at the UK Games Expo to this very blog – starting with the Harley Quinn Team Pack. 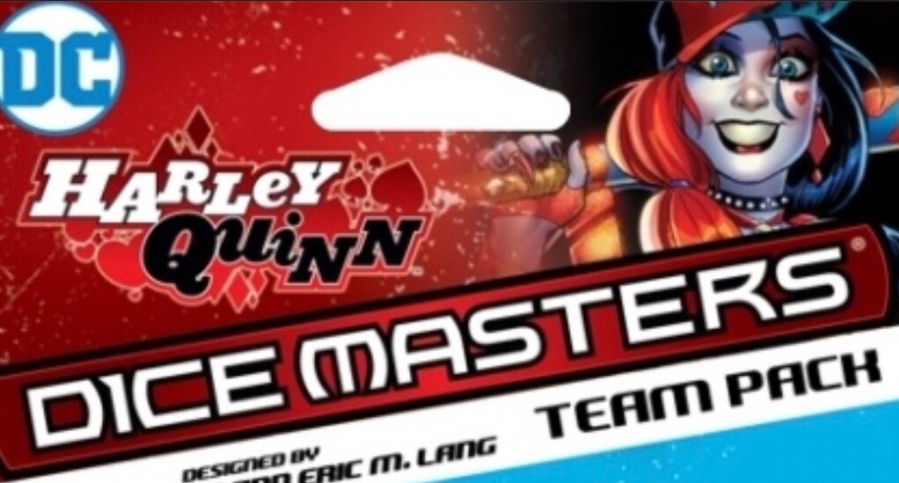 You can find the original post HERE. As I often like to do; here is a run down of a few highlights that have caught my eye from the spoilers and why I think they stand out. As usual – it’s just a first impression, ‘gut instinct’ look. Would you believe – I was that excited by the spoilers laid out in front of me by Wizkids at the time I’ve only now actually sat down and absorbed them. LOL

Onto my top picks then…

There’s a lot to like about all three ‘Batman’ cards in the current meta, but this one stands out to me the most. 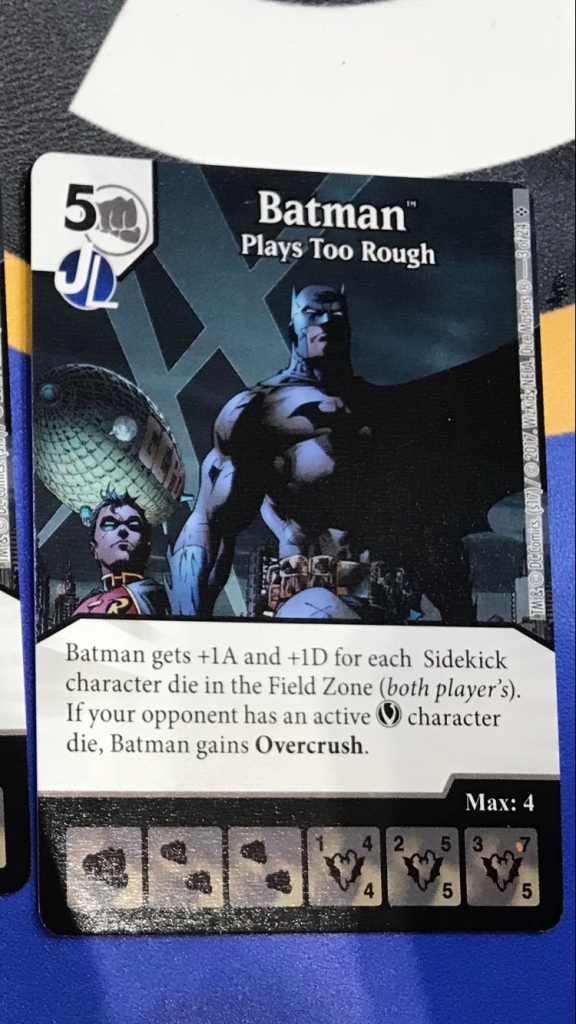 Sidekick-centric builds are definitely a thing in the current meta, and Villains are super-prevalent as well, so I’m betting the chances of making good use of this guy is a high probability.

He’s pretty offensively beefy as it is, but to then provide a solid buff from Sidekicks in the field (both player’s) and then give him a route to Overcrush has the potential to be gross. The chances of your opponent having a Villain in the field could be pretty high (‘Shriek’, ‘Scarlet Witch’, ‘Wrecker’, ‘Blob’ or ‘The Collector’ all immediately spring to mind) but he could also be a solid incentive for your opponent not to field them too. Either way it’s a win.

He’s not perfect – a 5 purchase cost and expensive fielding costs could def be a challenge – but overall there’s a lot to like. I’ll be considering him for our Golden Single Affiliation events for sure.

Ever been looking down the barrel of a Common ‘Mr Fixit’ with a ‘Haymaker’ or ‘Proton Cannon’ on him? This could just be the answer to your prayers…

First up – a 3 cost card, with those stats, who gains Deadly in a large number of instances deserves a closer look. She can be bought up quick and fielded to take some pressure off as a Deadly blocker.

But, to sweeten the deal even more; ‘Poison Ivy’ takes no damage from non-Villain character dice, which entirely negates big nasty Overcrushers like the aforementioned action-ed up ‘Mr Fixit’, can survive big ‘Team Up’ onslaughts from non-Villain Dice (KO’ing them with Deadly too), and can hold her own against nasty Breath Weapon Dragons. (On lvl 2 & 3 in particular she can withstand a Gold Dragon’s Breath Weapon 3 and live to tell the tale)

I can totally see her making a nice defensive addition to popular Villain builds using the Rare ‘The Collector’ and Super Rare ‘Norman Osborn’ that will contribute to your win condition too.

I don’t know if this one is particularly competitive or not, but goddamn it looks fun!

I’ve been running a Common ‘Boom Boom’ team for a while now and I can definitely see this card making a fine addition. The thought of guaranteeing a Basic Action Dice in my Prep Area for next turn to rinse/repeat that ‘Boom Boom’ damage with over and over caught attention immediately. (It works kind of similar to ‘Shocking Grasp’ I ran with her before the recent rotation)

It’s lovely and cheap at a 2 cost and funny too. What’s not to love with cards like ‘Boom Boom’ and ‘Yuan-Ti’ knocking around?

There you go folks – my top picks from the Harley Quinn Team Pack. I’ll be getting a Spoiler review up for the ‘Kree Invasion’ Pack we also spoiled from the Expo too in the next couple of days so be sure to come back for that.

In the meantime – tell me in the comments below your thoughts? Have I picked the best ‘Batman’ for my top picks? Something else caught your eye? Don’t be shy, share in the comments…