The MoD are back with their own particular brand of Dice Masters chat! This is the place to be if you love Dice Masters, and love listening to two British idiots talk about it.

The episode kicks off with the usual updates on the lad’s gaming lives and what’s been going on in the world of Dice Masters.

Then it’s on to a classic MoD Spoiler “Pick of the Week”. With the upcoming WWE set just weeks away (For North America at least, and if the solicits page is to be believed) the MoD take a look over the World’s WWE spoilers and make their picks.

Finally, the MoD run a “Vs Battle” – taking two elements of this joyous game and debate their merits against them to determine a winner.

All this, and Andy’s hopes & dreams about a Time Travel Computer Book thingy. You’ll want to hit play just for that…

Head on over the the  Ministry of Dice’s YouTube channel where you’ll find the Two Team Take-down games Chris mentioned in the episode here:

We’d very much appreciate it if you subscribed to the channel, hit a ‘thumbs up’ on each of the vids, and click the bell thing to receive notifications when we upload a new vid. And don’t forget to be mentioning the channel down your FLGS too.

If you could then open up another 2 or 3 new accounts and do the ‘Like’ and ‘Subscribe’ thing all over again that would be tremendous. ;P

United Kingdom: God Save the Queen by National Anthems is licensed under a Creative Commons License. It was sourced from a Soundcloud account entitled “National Anthems”. The name of the creator/creators has not been provided on that account. The license can be found here:

The Dice transition sound effect was sourced from freesound.org. The account it was downloaded from is “dermotte” and is shared under the following license:

Our tremendous ‘Rule Britannia’ intro is used with permission from Richard Campbell and is a short extract from his “England Rock Anthems” track. We think Richard’s work is exceptional. So visit Richard’s website here for more of his music: 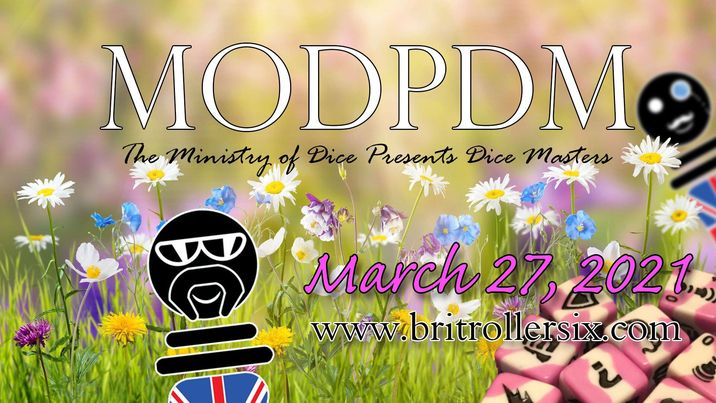